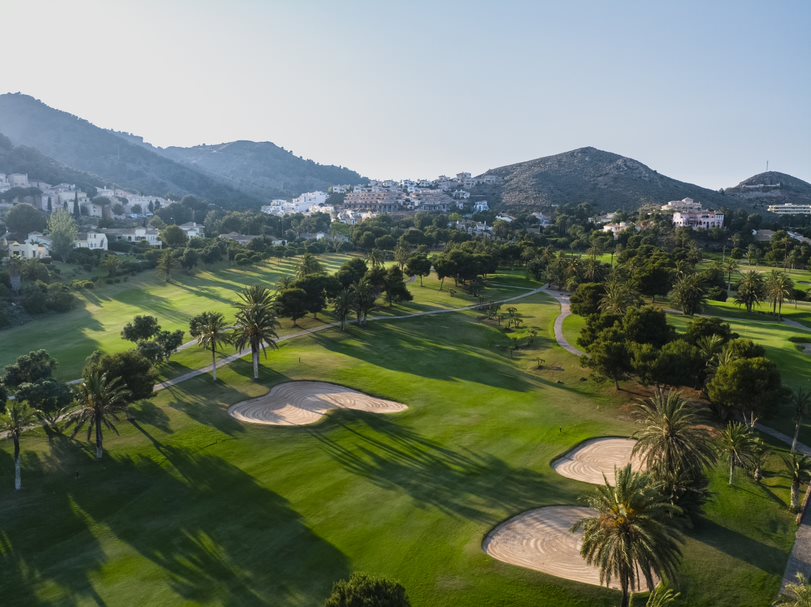 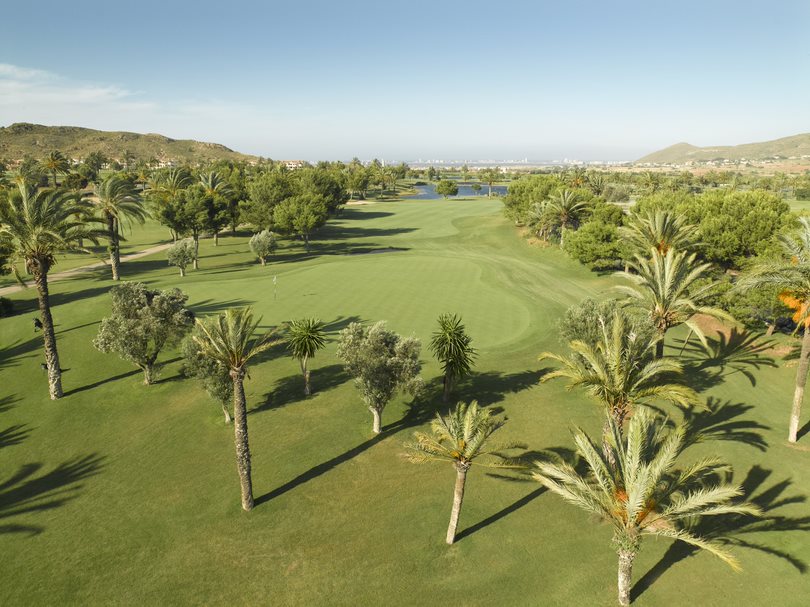 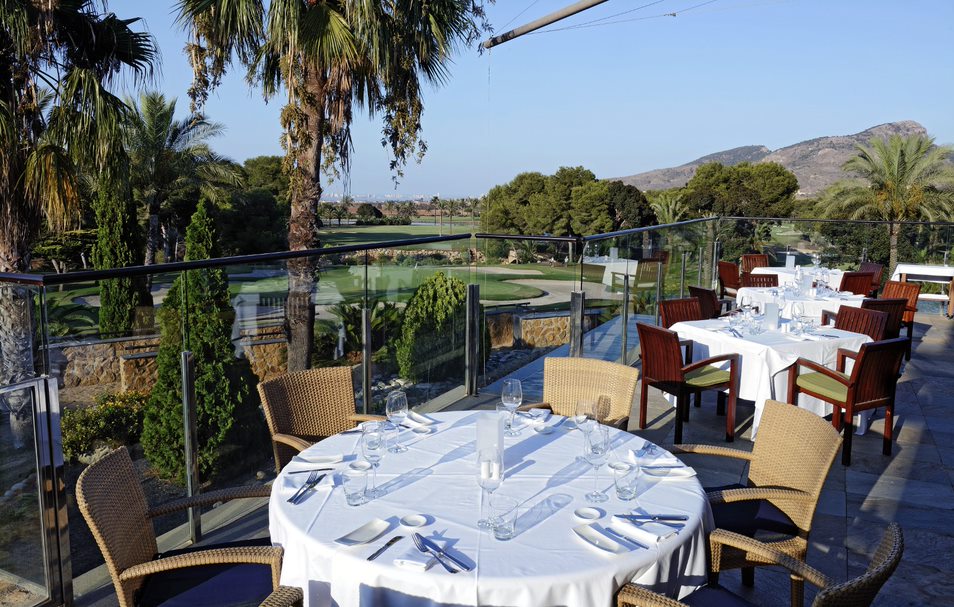 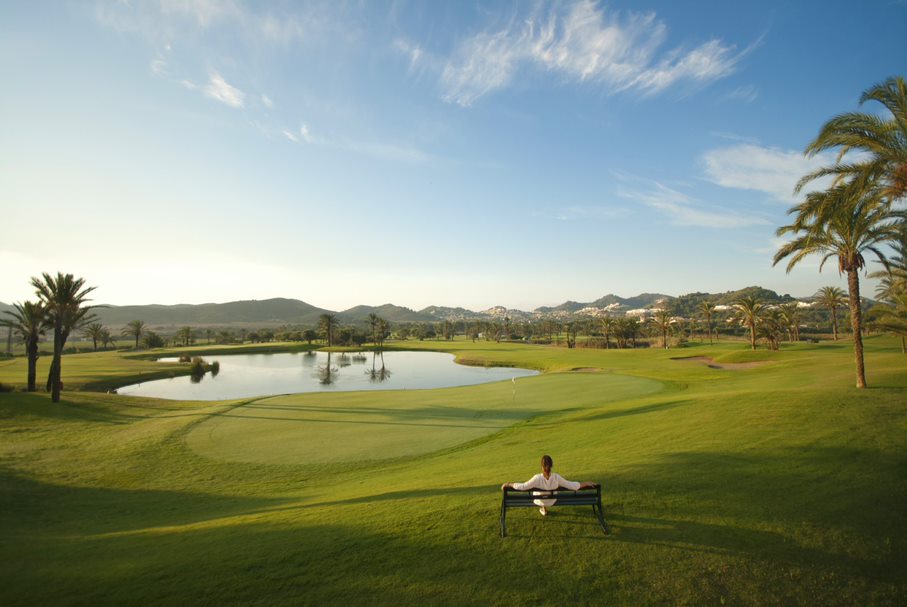 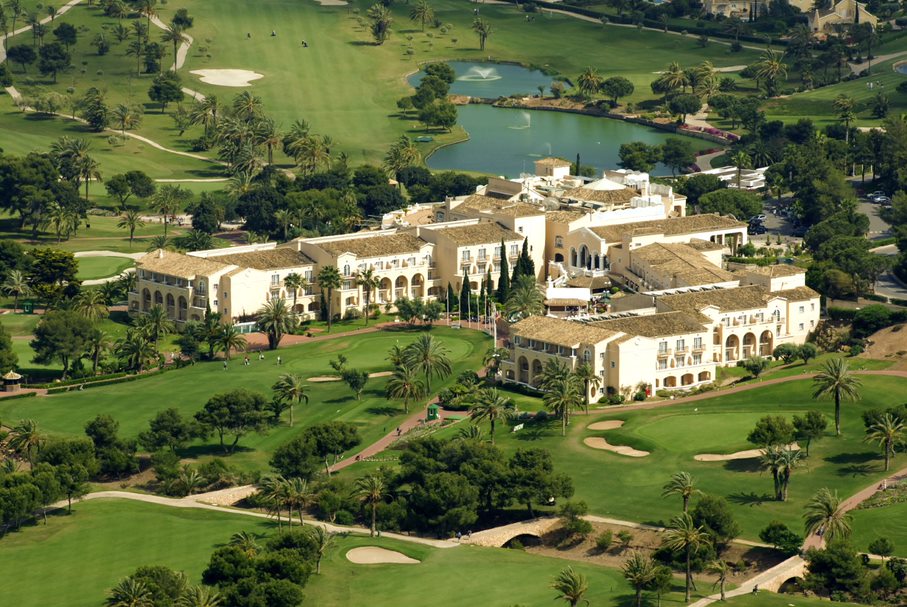 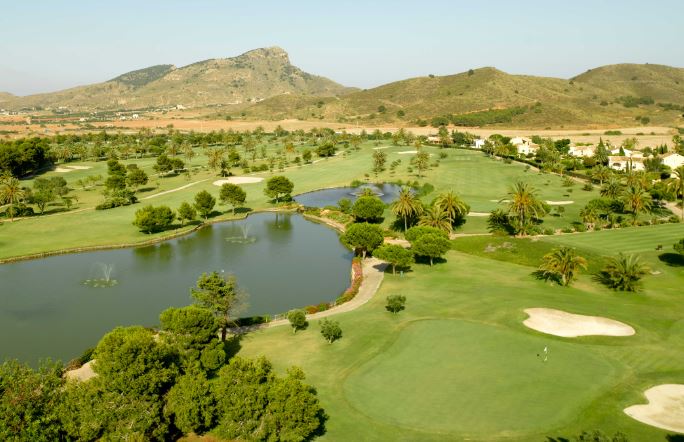 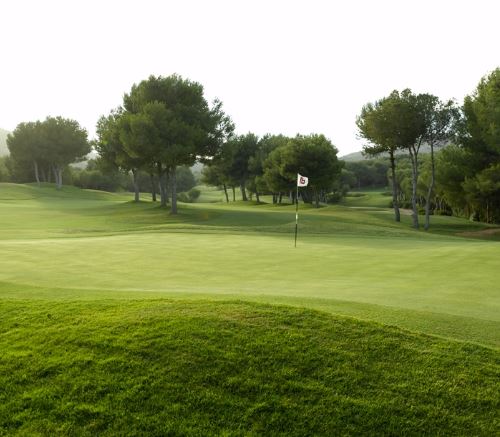 Hotel 5* Príncipe Felipe designed for those who seek greater independence and peace of mind, whilst still enjoying all of the resort’s magnificent facilities. Located very close to La Manga Club’s  Calblanque Natural Park. The Village offers exceptional views across the resort towards the Mar Menor

If there were one sport that distinguishes La Manga Club as one of the best sports resorts in the world, it would have to be golf.

In recognition of its 45 years of existence and thanks to the quality of its facilities and its wide offer of services, the resort’s golf club has been granted in 2017 the title of  “Real Golf La Manga Club” by The Royal Household of Spain. This high distinction has been possible thanks to the invaluable support of the Royal Spanish Golf Federation, Golf Federation of the Region of Murcia and Regional Government of the Region of Murcia.

The resort is home to three 18-hole golf courses, each with its own particular style:

These are just some of the reasons that have contributed to the numerous golf awards that La Manga Club has won over the years, including Best Hotel/Golf Resort in Spain for the fifth consecutive year, by the readers of Today’s Golfer. It has also been chosen as the venue for top-level tournaments such as the Spanish Open and Spanish PGA championships.

Palm trees, lakes and natural storm gullies known as ‘barrancos’ are key features of the North Course, which is slightly shorter than the South, with tighter fairways and larger greens.

The South Course has been the venue for many major professional tournaments, including several Spanish Opens, PGA Championships, for both men and women.

At almost 6,500 metres from the white tees, it has water hazards on 15 of its 18 holes, wide fairways and a good combination of short and long holes.

The front nine are particularly challenging with two par 3s in excess of 200 metres and some daunting par 4s, which call for accurate driving between lakes and bunkers. The back nine, although shorter, has a number of intriguing dog-leg holes.

The West Course, with its frequent changes in elevation, offers a different set of challenges. The front nine demand accurate driving to avoid the ‘barrancos’ (natural storm gullies), while the back nine, up amongst the hills, are more open but nonetheless challenging.