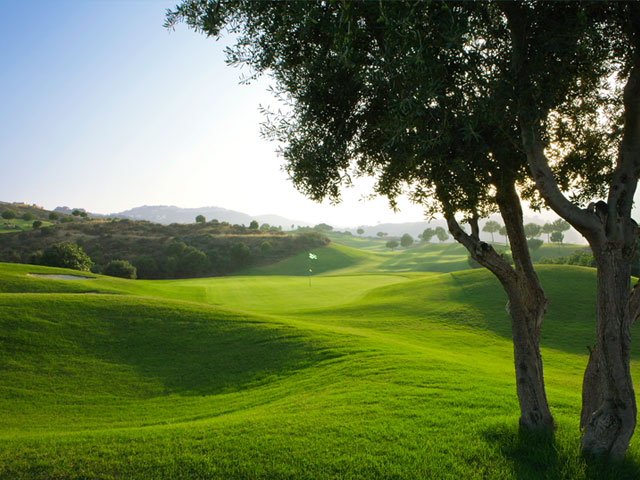 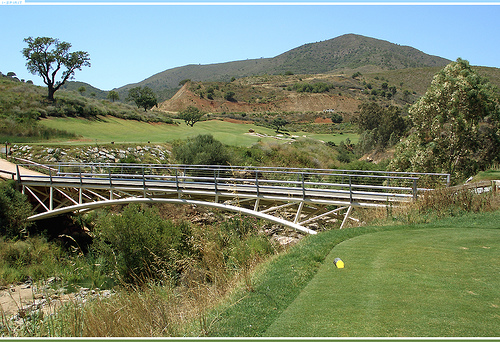 The La Cala Resort is considered by many to be one of the finest golf and leisure resorts in Spain. The great facilities on offer make it one of the prime locations for those looking for a golf break in La Cala.

Designed by the famous golf course architect Cabell Robinson, the courses are set within a beautiful and natural backdrop of undulating hills, trees, flowers and local wildlife.

Due to their elevated position, each course offers superb views to the Costa del Sol coastline and presents their own unique challenge for both novice and experienced golfers alike.

Campo Asia was formerly known as the South Course and is the oldest of the three La Cala Resort courses. It was first opened 15 years ago and is said to be one of the first Cabell Robinson designed courses.

The Asia course is relatively hilly and narrow and this has resulted in a course which is just 5,925m in length. But don’t let that fool you! The course is a real test for any golfer.

Campo Asia has plenty of challenging holes to enjoy with the main emphasis being to get your approach shot just right as many of the greens are small and well guarded with bunkers.

Many of the approach shots are to elevated greens, which are well bunkered with water coming into play on a couple of the courses holes.

All in all a spectacular par 72 course that represents a great challenge as well as some stunning views along the way.

The Campo America course was opened shortly after the Campo Asia course and was previously known as the North Course.

The America course is an excellent challenge for any golfer offering a total of 5 par 5 holes and measuring a total of 6,009 meters making it a par 72.

Although there are no water traps on this hole, don’t get carried away as the fairways have plenty of grunkle-covered slide slopes just waiting to catch you out.

Of the five par 5s, the 1st, 9th and 15th are all reachable in two shots due to the wide and relatively unprotected fairways.

Make sure your approach shots are accurate though, as the vast majority of the greens are elevated.

The third course at La Cala Resort is the par 71 Campo Europa, which was first opened in 2005.

Measuring 6,014 meters, the course is a little easier than the America and Asia courses due to its generous fairways, large greens and relatively flat terrain.

A couple of notable holes on the course are the par 3 14th hole which is a par three which measures 233 meters, the maximum for a par 3 hole. Then there is the tough 11th, which is a par 5 hole measuring 524 meters and makes it the longest hole on the course.

The Europa course like Asia and America is lovely and scenic, surrounded by mountains and the river Ojen which cuts across a number of the fairways on the course. In total there are five bridges on the course, one of which measures 45 meters!

A lot of care and attention was placed on the protection of the native flora and fauna when developing the course with many indigenous plants and trees such as Rosemary, Rockrose, Lavender, cork, almond and carob trees being planted around the course. In total, there were some 300 trees and 1,500 bushes planted. In fact, not one of the original trees on the site of the course was removed during development!

A lovely course, which completes the three superb courses at the La Cala Resort.